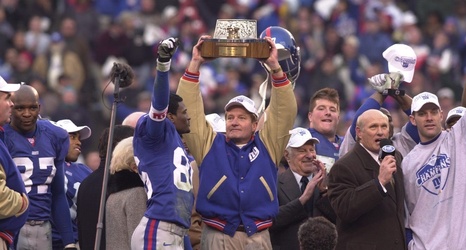 Former NFL coach Jim Fassel died on Monday at the age of 71.

Fassel was best known for leading the New York Giants to a berth in Super Bowl 35, where his team lost to the Baltimore Ravens, 34-7.

Fassel's son John, the special teams coordinator for the Dallas Cowboys, told the Los Angeles Times that his father suffered chest pains Monday and was taken to a local hospital by a friend before dying of a heart attack while under sedation.