Give Mason Cole a crack at right tackle 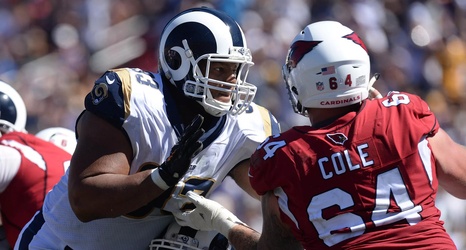 He was the only Cardinal offensive linemen to start all 16 games in 2018, yet he finds himself on the bench to begin 2019.

Mason Cole, the former third round pick out of Michigan, is entering year two of his young NFL career with his sights set on once again starting upfront for the Arizona Cardinals. The problem is, however, that Cole and his position flexibility was used “against him” once Justin Pugh missed time during training camp. A.Q. Shipley, coming off an ACL at 33 years old, was locked into a position battle with Cole that came to an abrupt end once the latters versatility was needed upfront.