From Bruce to Kliff: the “Quarterback Whisperer” gives way to a “QB Sensei” 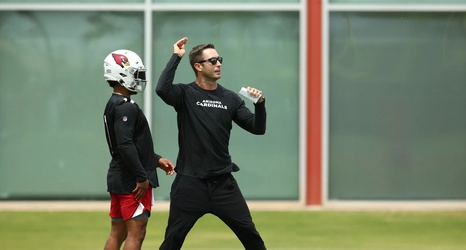 Bruce Arians had the nickname “the Quarterback Whisperer” attached to his larger than life persona through the back-half of his career in the NFL. It’s almost ubiquitous with his image: a bearded, bespectacled man swearing on the sidelines with decades of football knowledge instructing the likes of Peyton Manning, Ben Roethlisberger and Andrew Luck.

Heck, he even titled his book with that exact moniker.

When he came to Arizona, a team without a quarterback at the helm, many believed that a master of developing young quarterbacks would elect to choose one to lead the franchise forward into an era it had never experienced.