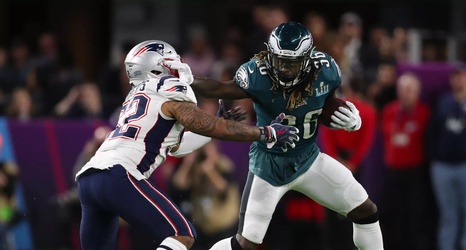 Ajayi, 26, is a former fifth-round draft pick out of Boise State. He rushed for 184 yards and three touchdowns with the Eagles last season prior to suffering a torn ACL in week five. His best season in NFL was in 2016 with the Dolphins when he had 260 carries for 1,272 yards and eight touchdowns, along with 151 receiving yards. Despite the injuries, when healthy, he is one of the better running backs in the NFL.