Cardinals' Kyler Murray refuses to get used to losing, still trying to shake off Rams loss 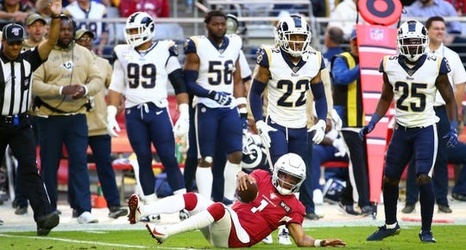 Nobody likes to lose. Kyler Murray, though, absolutely can’t stand it. It’s been that way since he was a little kid, whether it was playing sports, playing video games or being first in line for anything.

Because of his intense competitive spirit, he got so good at everything he tried that he rarely lost at all.

Murray and the Cardinals are smack in the middle of a five-game losing skid and as much as its killing everyone in and around the team, it might be wearing heavier on Murray than anyone. He’s the starting quarterback, after all, and as such he’s been thrust into a leadership role as a rookie.