Byron Murphy Jr. unlikely to play on Sunday for the Arizona Cardinals 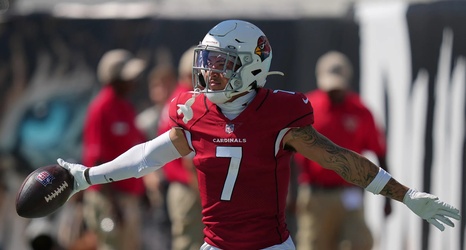 The Arizona Cardinals have been flying high through the first four weeks of the 2021 NFL season.

One of the best players on the team and one of the best cornerbacks in the NFL early in the season has been Byron Murphy Jr. According to head coach Kliff Kingsbury, he’s unlikely to play on Sunday.

Kingsbury: Doesn’t look like Byron Murphy will be available Sunday. Marco Wilson is game-day decision. Who might fill in? “You’ll have to tune in.”

That’s a huge blow to a defense who has been playing very well , especially when you consider they are not stopping the run well.