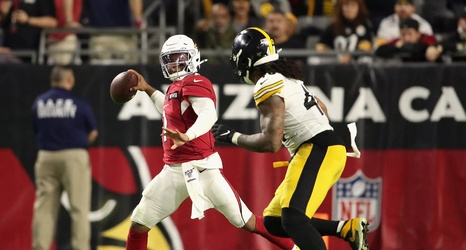 Happy Tuesday one and all.

We are a mere three games away from the end of the 2019 NFL season for the Arizona Cardinals and things have spun to the point where I think everyone is just hoping it gets to the end.

The last two weeks have been tough to deal with and now the Cardinals must face another rabid fanbase in the Cleveland Browns.

Which likely means a pro-Browns crowd on Sunday.

That and much, much more from around the web on your Arizona Cardinals.

Kingsbury: Loss 'Wasn't All' On Murray
Head coach Kliff Kingsbury meets the media on Monday after reviewing the film from Sunday's loss to the Steelers.