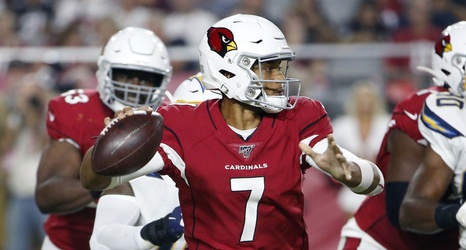 Back in June, a comment from Arizona Cardinals quarterback Brett Hundley elicited some snickers. Many believed that the club’s backup signal-caller was hallucinating when he said that he planned on winning the starting job from Kyler Murray. Suddenly, that thought doesn’t seem as outlandish as it once did.

Okay, let’s just say that it would take a miracle for Hundley to be named the starter over the overhyped Murray. That scenario would almost certainly cost Cards general manager Steve Keim his job. The two-time “NFL Executive of the Year” has pretty much hitched his wagon to Murray, so there’s no way that the rookie won’t be given every possible chance to succeed.