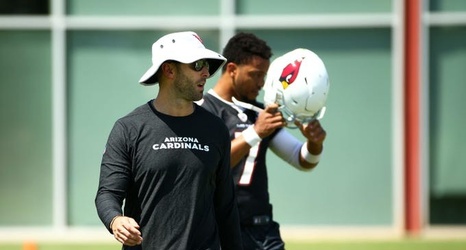 In case you forgot, a total of 14 rookies appeared in at least one game for the Cardinals last season.

During their Week 15 game at Atlanta, six rookies started on offense — a first for the franchise since the NFL merger in 1970.

Well, history has a way of repeating itself and in as much as the Cardinals hope they don’t replicate last year’s 3-13 record, they apparently don’t mind being young.

All 12 of their rookie draft picks this year made the team entering this week’s season-opener against the Detroit Lions, although one of them is on season-ending injured reserve (wide receiver Hakeem Butler) and another is on the practice squad (tight end Caleb Wilson).