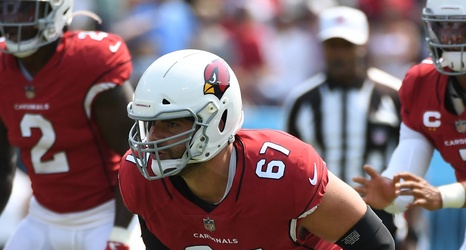 The Arizona Cardinals have made a couple of their own free agents or players with big cap hits coming into the 2022 off-season a priority.

First they restructured Devon Kennard, then they re-signed Zach Ertz, and late tonight according to Arizona Sports own John Gambadoro the team has restructured Justin Pugh’s contract, of course Pugh really announced it first.

However, Gambo did have the figures:

According to AZ Sports and Gambo,

“Pugh, who was entering the final season of his five-year contract, was expected to make $9.