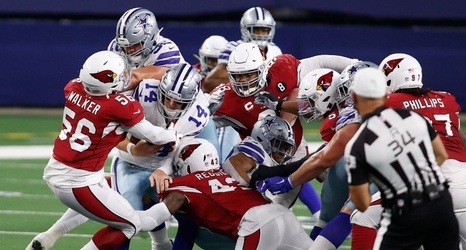 The NFL trade deadline is set for Nov. 3 and speculation is swirling about possible moves that could be made.

The Arizona Cardinals find themselves in the middle of some of that speculation.

Linebacker Haason Reddick, who is experiencing a career year in Arizona, is involved in a lot of the chatter.

The possibility of the Cardinals landing a tight end is also rampant in trade speculation.

Take a look what some NFL writers are saying Arizona should do at the 2020 NFL trade deadline:

Patrik Walker writes: "A sixth-round pick should get this conversation started with Arizona, and the Cowboys just happen to have two sixth-round compensatory picks currently in their pocket, by way of the contracts on Jason Witten and Maliek Collins in Las Vegas.