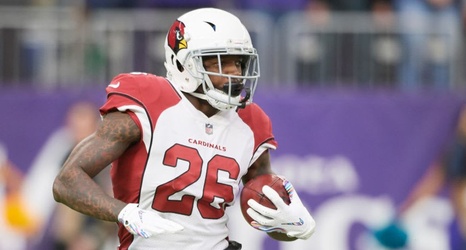 MINNEAPOLIS, MN - OCTOBER 14: Brandon Williams #26 of the Arizona Cardinals returns a kick during the game against the Minnesota Vikings at U.S. Bank Stadium on October 14, 2018 in Minneapolis, Minnesota. (Photo by Hannah Foslien/Getty Images)

Five years have passed since the front office of the Arizona Cardinals conducted one of the worst drafts in franchise history. Steve Keim, who became the club’s general manager three years earlier, was at the controls during 2016’s three-day event. The two-time NFL Executive of the Year made six selections that spring, and not one of the prospects lasted more than three years with the Cardinals.