2021 NFL Draft: Trade down targets begin to take shape for the Arizona Cardinals 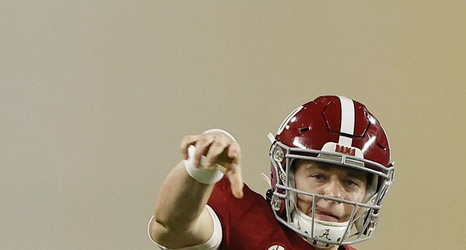 This week, Bleacher Report looked at a number of rumors that are being floated out there and the question becomes could the Cardinals be involved in some of those rumors?

No, not as teams looking for specific positions, although we know this team is in desperate need of cornerbacks, but look at one of the main rumors that are leaking early.

Teams Willing to Trade Up for QB Mac Jones?

He met with multiple teams, including the New England Patriots, New Orleans Saints and Houston Texans, per NFL.