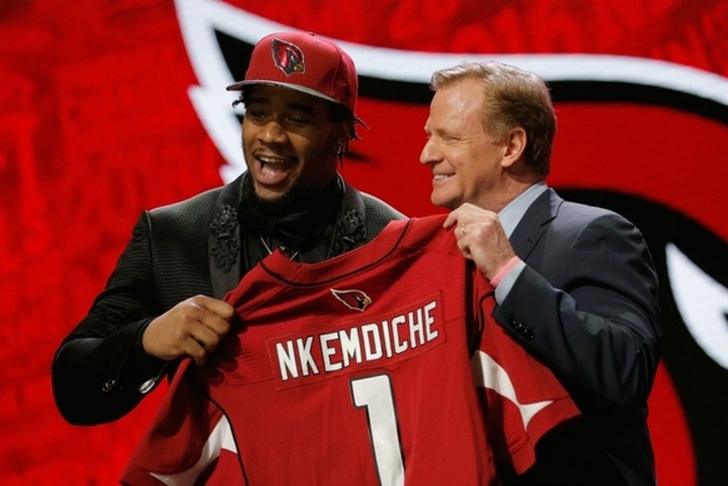 Robert Nkemdiche was often questioned for his work ethic while at Ole Miss, but he apparently has no problem bringing it on an NFL practice field. Perhaps a little too much, even.

Arizona Cardinals head coach Bruce Arians said his team's first-round pick was "killing people" during walk-throughs, according to the Arizona Republic. The coach had to advise the young defensive lineman to cool it for the no-pad, no-contact practice.

“He was killing people in walk-through," said Arians. "I had to slow him down. It’s a walk-through, and he bench-pressed a lineman already.”

It's debatable whether this overexuberance is a good thing for the 21-year-old boom-or-bust prospect. On the one hand, it's commendable that Nkemdiche is trying to justify the Cards' 29th overall selection by giving it his all from the beginning. However, not following standard protocol for the the rookie minicamp could rub his teammates and coaching staff the wrong way.

The three-day practice session comes at an exciting time for the former No. 1 high school football recruit, who signed a four-year deal worth almost $9 million on Friday. Nkemdiche comes into his rookie season as one of the most intruiging defensive players of the 2016 draft class.