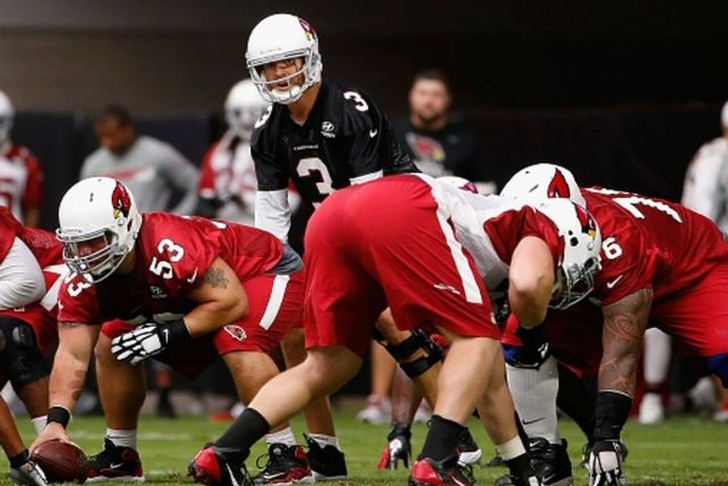 It was a relatively quiet offseason for the Arizona Cardinals, who are hoping to build on last season's postseason appearance. Here are their top three storylines heading into the 2015 season:

3) Can Arizona's new defensive additions produce at a high level?

Arizona's defense has been one of the best in the league since head coach Bruce Arians took over, but they needed to improve their linebacking core. They did so by signing LaMarr Woodley and Sean Weatherspoon, both of whom are expected to start an make an immediate impact for the Cardinals. Arizona also lost defensive line mainstays Darnell Dockett and Dan Williams to the 49ers and Raiders, respectively, but Arizona replaced them with Corey Peters and Cory Redding. Both can play all three line positions in the Cardinals' 3-4 scheme, and they won't let Arizona's defensive production drop off.

At the 'NFL Honors' awards show after the regular season, Arizona head coach Bruce Arians guaranteed the Cardinals will be playing in Super Bowl 50 at Levi’s Stadium this time next year. “We’re dressing in their locker room,” Arians said, speaking of the San Francisco 49ers, who play at Levi's Stadium. “We can write it down today.” That's a bold statement from Arians, but it clearly shows this teams' mentality of championship or bust this season.

1) Can the Cardinals stay healthy?

Other than the few changes on defense, Arizona returns essentially the same team. Last season, 21 players – including eight on injured reserve – missed a combined 109 games during the regular season, and the Cardinals ultimately weren't able to overcome all of those injuries. Every team in the NFL suffers injuries, but Arizona dealt with a lot more than everyone else. Chances are they'll be much more healthy in 2015, and that will lead to even more success on the field.