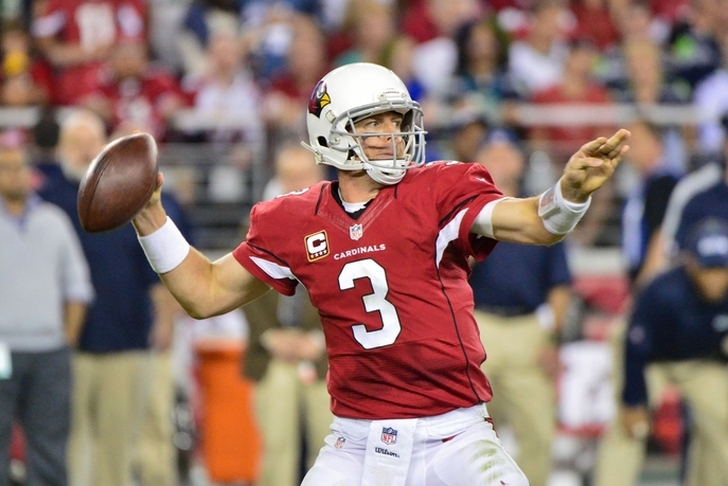 Training camps around the NFL are getting closer to finishing. With roster cuts approaching, we're getting a glimpse at how rosters will look come Week 1 of the season. So, how are the Arizona Cardinals shaping up? Here are three things we learned from Cardinals training camp last week.

The Cardinals are dealing with several injuries on the offense, but Sowell can NOT start this season. He was abused by Khalil Mack all game long against the Oakland Raiders. Earl Watford isn't a big upgrade, but he looked better against Mack than Sowell did. Bobby Massie should return by Week 4, and the Cardinals need him at right tackle.

Palmer took a beating against the Raiders. He had no time in the pocket and didn't play well. The good news is that Palmer stayed healthy and got back up after each hit. If the Cardinals want to make it back to the playoffs, they'll need Palmer healthy.

Drew Butler Is The Punter

Dave Zastudil was cut, meaning Butler has won the punting job for the Cardinals. Injuries were a concern for Zastudil and Butler had a higher yards per punt average. Butler struggled in the playoff game last season, but Arizona thinks he'll be better this year.