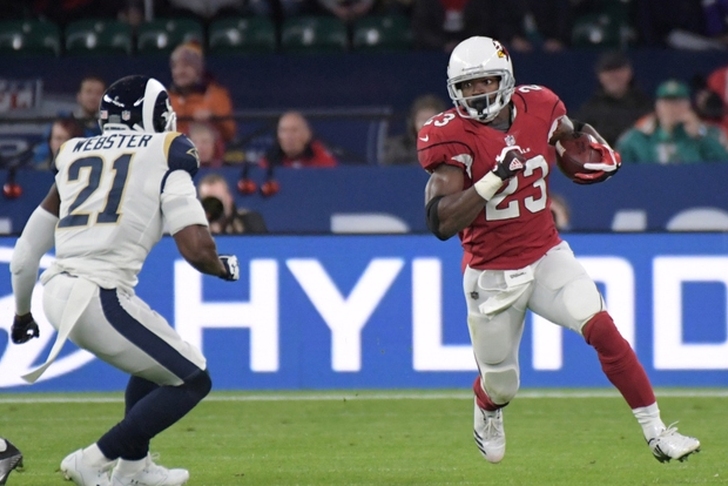 The NFL rumors have been swirling around Arizona Cardinals releasing running back Adrian Peterson and now it's official. According to NFL Network's Ian Rapoport, the Cardinals have released Peterson. With starting running back David Johnson returning healthy, Arizona had little reason to keep Peterson and his $2.88 million cap hit on the roster. Peterson had a $750,000 bonus, which he would have received Friday if he remained on Arizona.

NEXT READ: 5 NFL Teams That Could Sign Adrian Peterson This Offseason

Peterson had an interesting 2017 starting the season with the New Orleans Saints and then was traded to Arizona in Week 5. With the Cardinals, Peterson carried the ball 129 times for 448 yards (3.5 ypc) and two touchdowns before he suffered a season-ending neck injury Dec.14th. He is just two years removed from his outstanding 2015 campaign where he led the NFL in rushing yards with 1,485 yards, but since then has declined.

The former first-round draft pick out of Oklahoma has had a legendary NFL career but will turn 33 on March 21st. He has 2,574 carries for 12,276 yards and 99 touchdowns in his 11-year career.