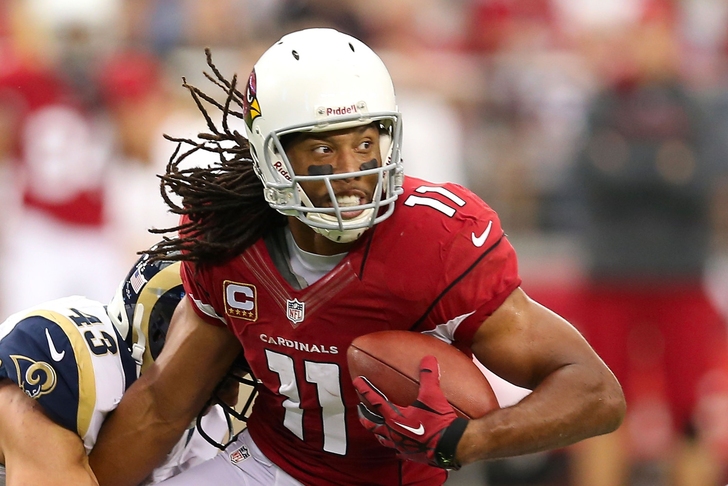 Arizona Cardinals wide receiver Larry Fitzgerald has been the face of the franchise for what seems like ages now, and team president Michael Bidwill doesn't think that will be ending anytime soon despite Fitzgerald's impending free agency.

"We’ve had a lot of great conversations and I’m feeling very comfortable we’ll get something worked out,” Bidwill said recently, via Josh Alper of NBC's Pro Football Talk. “He’s been traveling since the end of the season and he’s back in town now. Obviously everybody’s busy this week, but I think in the coming weeks we’ll get something sorted out."

Despite rumors swirling that Fitzgerald believes his time in Arizona is coming to an end, Bidwell remains staunch in the belief that things will work themselves out to bring him back. In fact, he's preaching patience to anxious Cards fans.

“I know our fans are anxious and lot of media is out there talking, but I’d just say, ‘Everyone, relax a little bit.’ We’ll get this worked out," he said, via Darren Urban of Cardinals.com. "I feel good about it. My goal from the beginning was to have Larry Fitzgerald retire as a Cardinal when he is ready to retire many years from now. I am feeling confident something will get worked out.”