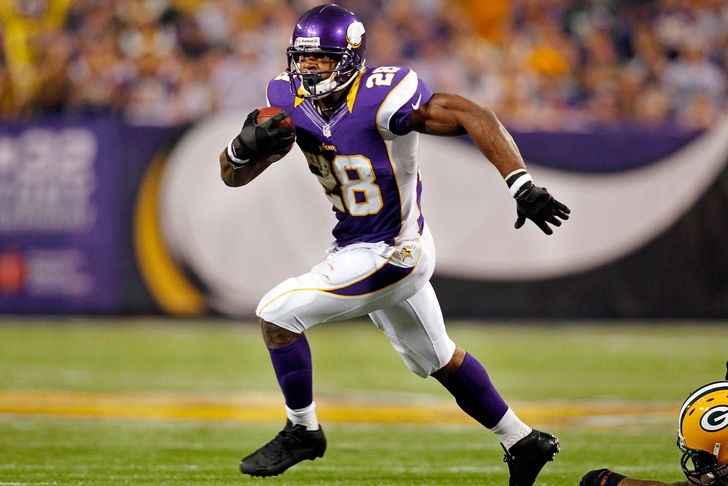 Minnesota Vikings running back Adrian Peterson is rumored to be looking for a trade no matter what, and it appears the Arizona Cardinals are the #1 destination on his wishlist.

Here's Revenge of the Birds' Jess Root with the report:

...according to Yahoo! Sports' Charles Robinson, speaking with Dan Bickley and Vince Marotta on Arizona Sports 98.7 FM, Peterson "would still like to play elsewhere and his number one option is still the Arizona Cardinals."

Peterson is reportedly unhappy with his situation in Minnesota and would like to land elsewhere, but it isn't that easy. He is under contract for three more seasons. Minnesota does not seem willing to trade him right now. Plus, his status with the league is still in question. While a judge has ruled he is eligible to play in 2015 without further suspension, the league is appealing the ruling and Peterson is still on an exempt list.

However, if he is able to suit up in 2015, the Cardinals may be able to wrest him (and his big contract) away from the Vikings for a reasonable compensation package.

"I think if Arizona offers a couple third-round picks for Adrian Peterson and will commit that money, I think they'll get him," Robinson said.