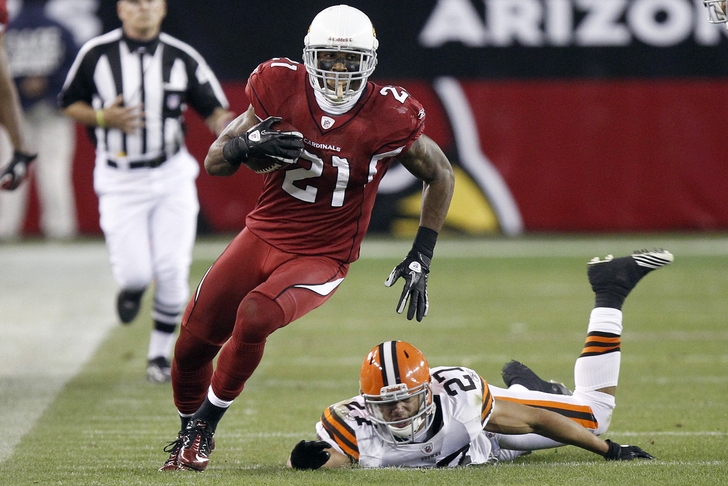 In Cardinals news today, the Arizona Cardinals will pick up cornerback Patrick Peterson's contract option on Monday, with an announcement to come shortly thereafter.

So tweeted out NFL reporter Jason Cole on Saturday:

#Cardinals expected to pick up option on CB Patrick Peterson on Monday. No surprise, @kentsomers reported earlier this month would happen

The Arizona Cardinals have until May 3rd to exercise said option. Peterson will most likely receive in the neighborhood of $10 million for the "fifth-year option." According to ProFootballRumors.com, "top ten picks [from the 2011 NFL Draft] such as Peterson (No. 5) receive a salary worth the average of the ten highest paid players at their position this season."

This guarantees Patrick Peterson a hefty pay raise for 2015, and guarantees the Arizona Cardinals an extra year of control when it comes to Peterson approaching his prime. If Peterson has a stellar 2014 NFL season, he will most likely be up for a potential contract extension as early as the summer of 2014.