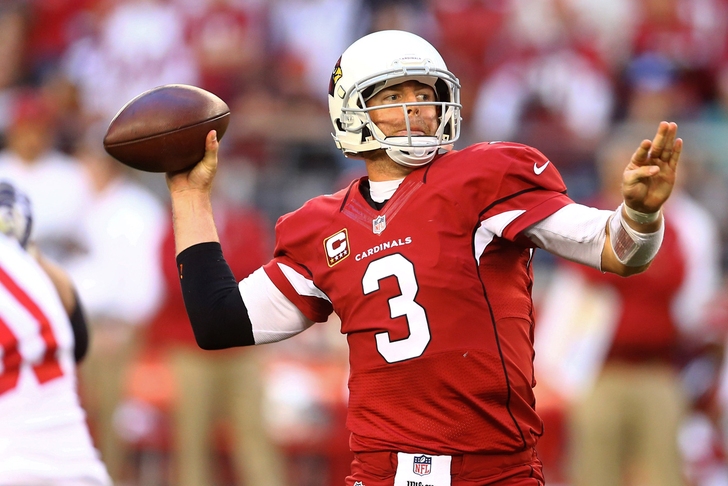 Arizona Cardinals starting quarterback Carson Palmer left their game against the St. Louis Rams with an injury to his knee, and the team fears he might have torn his ACL

Cardinals QB Carson Palmer feared to have torn his left ACL, which would end his season. Will have tests to confirm.

Palmer has a major driving force behind the Cardinals' NFL-best 8-1 record, passing for 1,385 yards and 11 touchdowns on the season. He missed three games early in the season due to a groin injury, and Arizona went 2-1 in his absence.

Backup quarterback Drew Stanton figures to take over as the starter for the Cardinals if Palmer misses any amount of time. He's thrown for 529 yards and two touchdowns four appearances this season.