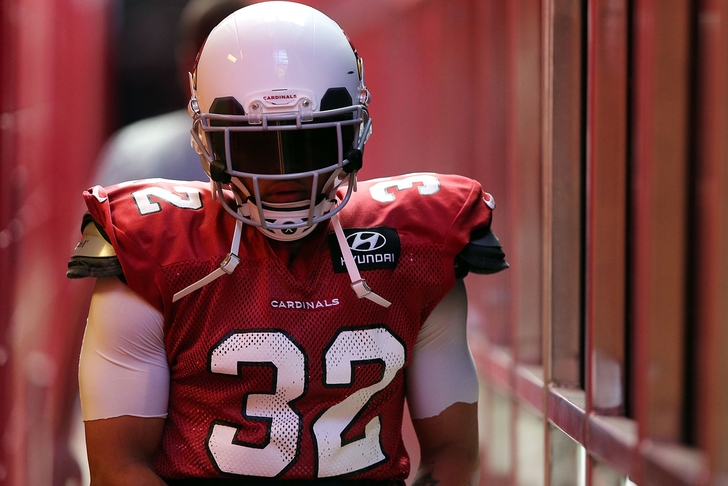 In today's Arizona Cardinals news update, Cardinals safety Tyrann Mathieu felt like he hit rock bottom during his time spent in jail just two years ago - a feeling which caused him to think about ending his life.

After being kicked out of LSU and serving time behind bars, Mathieu struggled mightily with the weight of his problems with marijuana and the problems that he feared would arise once he left prison.

“I’m sitting in that jail cell thinking, ‘I don’t know if I want to go back out there and face the music,’” the Cardinals safety said Wednesday, via Craig Morgan of FOX Sports Arizona and Mike Florio of Pro Football Talk.  “I didn’t know how I was going to commit suicide in the cell, but that was the direction my life was heading. . ."

“Believe it or not, my cellmates were encouraging me, telling me I was a good football player, telling me I don’t need to be thinking about this,” Mathieu continued.  “That’s probably why I really didn’t do it, but there was an actual moment where I was thinking about, and I’ll never forget that feeling.”

The topic came up due to a tweet that Mathieu posted recently stating that he had "tried committing suicide." He has since removed that post.

All things being consider, Mathieu has ushered a complete turnaround in his life. He stayed clean from marijuana after suffering a torn ACL during his rookie year, and wants to use his resolve to help others with addiction problems.

“I want to start a foundation called Second Chance,” Mathieu stated. “I was given a second chance, so I want to reach out to different groups of people.  It would be nice to give that opportunity to others. . . .  People go through a lot of things. They can be every-day personal things, not just suicide."

"I just want to reach out and use this platform for something positive and be an inspiration to people who want to see me as an inspiration.”