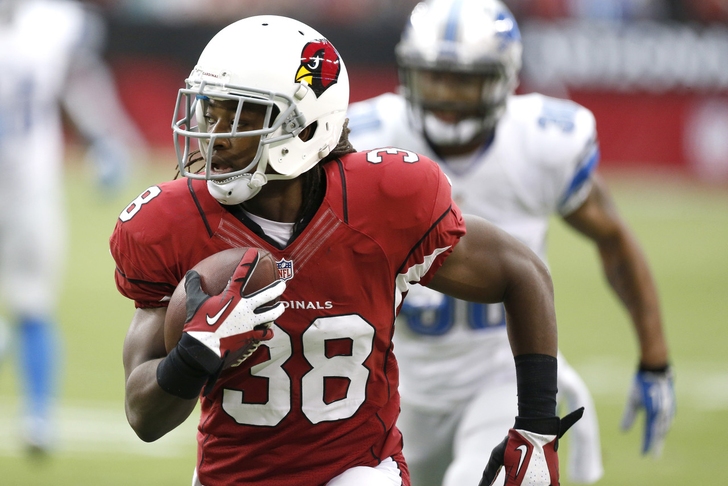 If head coach Bruce Arians' words on Tuesday are any indication, running back Andre Ellington is going to be a bigger part of Arizona Cardinals news going forward into the 2014 NFL season

Per Josh Weinfuss of ESPN.com, Arians wasn't sure last season if Ellington had the frame to become the team's workhorse when it came to carrying the ball. However, that tune seems to have changed.

In the last half-year, Ellington has either proved himself as durable enough or gained enough weight to change Arians' view on his usability going forward:

“It’s easy to hand it to him but it’s throwing it to him, that [is where] he’s really dynamic,” Arians said, via Weinfuss' post on Wednesday. “As the season progresses, it’ll depend on how they treat him as a receiver or a running back.”

As a rookie last season, Ellington's production started to waver toward the end of the year. Ellington will have to prove his durability to Arians on a game-by-game basis in 2014 in order to ensure that he can get the 25-to-30 touches the Cardinals head coach is penciling him in for come the regular season.