3 Reasons Why Carson Palmer Is The NFL MVP Right Now 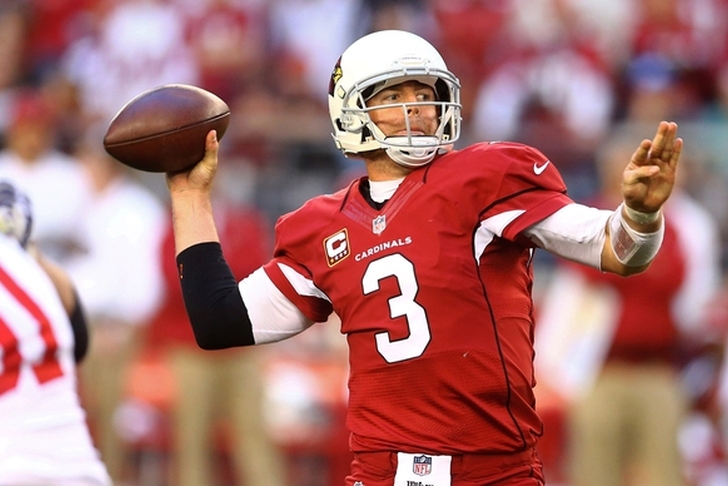 Other more marketable names may get the rub from the national outlets, but Arizona Cardinals quarterback Carson Palmer is the real favorite in our minds when it comes to the 2015 NFL MVP award. Here's three reasons why.

Arizona leads the NFL with 13.5 yards per completion. That's a very telling stat. Palmer isn't just being smart about his throws and making the check-down decision. He's airing it out, but airing it out in such a way that it's not putting the team at risk. In fact, Palmer has thrown just five interceptions all year long.

Palmer has completed 65.3% of his passes this year -- a 2.7% uptick from his career average. He's been more zeroed in that ever before, trusting his reads completely and making the highest-percentage throw more often than not. Such accuracy is of huge value and very rare in this league among quarterbacks not named Tom Brady and Aaron Rodgers.

Without Carson Palmer last year, Arizona was a shell of its former self. Their offensive sets were nowhere nearly as crisp and the offense was generally a mess that had to be saved time and time again by the defense. It's the definition of valuable when an offense flips a complete 180 just because you're in the lineup.