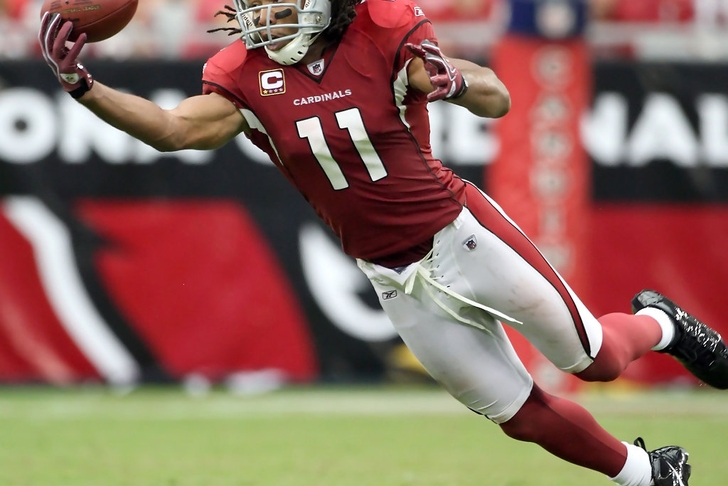 The 2014 Arizona Cardinals season showed us just how much the NFL can be a roller coaster ride. The team did reach their highest win total since 1975 with their (11-5) record. They started out 9-1 before dropping four of their final six games. They played with their backup quarterback for eight starts, who went 5-3, before having to switch to the third string quarterback for the final two weeks of the season and their playoff game. All of which they lost.

In fantasy circles, this may be one of the toughest teams to figure out. Let’s give it a shot!

Palmer is going into a season where he is going to turn 36-years-old and is coming off of his second reconstructive knee surgery. His stats were impressive and would have been just south of 30 touchdowns if he played the whole season at this pace.  Palmer is expected to be fine for training camp and the start of the regular season. The weapons around him pretty much stay the same supporting cast. Palmer is a decent option for a QB2 but there are enough cautionary flags for me to not take him.

Running Backs: Andre Ellington, David Johnson Andre Ellington had plenty of opportunities in 2014, he averaged about 22 touches per game, but was it too much opportunity? Ellington finished the season on the I.R. after being placed there in week 13 with sports hernia, foot and hip injuries. Many believed that Ellington’s size would hinder him from being a heavy-load type back and if last year is any indication, those naysayers may have been correct.

Arizona spent a third-round pick on David Johnson in this year’s NFL Draft and are already saying that they see him as an Ellington 2.0. For the sake of keeping Ellington healthy alone, Johnson is going to see plenty of field time and could make this backfield an even committee if he is successful. He is the bigger back of the two but still needs a lot of work when it comes to running inside the tackles. This is looking like a touch backfield to read but if the price tag is right then these guys are worth the risk. Especially in PPR.

Wide Receivers: Larry Fitzgerald, Michael Floyd, John Brown Age is an undeniable thing and for Larry Fitzgerald it seems like it has caught up to him. He hasn’t had a 1,000-yard season since 2011, after being a yearly lock to get to that number. Fitz did lead the team in targets last season (103) and is expected to do so again this year. If Palmer can stay healthy, Fitzgerald could end up being a solid middle round pick as a WR3/Flex type.

Wow, the Michael Floyd hype train got a bit out of hand last season. After soaring up draft boards all the way to a fourth-round ADP, Floyd really disappointed fantasy owners. He struggled to reel in his targets, as they were usually deep balls and actually finished being John Brown in targets. Floyd was the third option in last year’s offense and it may be more of the same this season. John Brown is receiving plenty of his own offseason hype up to this point and the second year receiver should have more success delivering than Floyd. Brown has the speed and quickness to be special, just don’t fall for it like we did with Floyd if Brown ends up being a fifth round or higher pick.