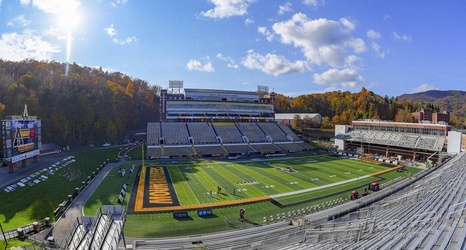 App State’s rescheduled Sun Belt Conference home game against Louisiana will kick off on Friday, Dec. 4, at 7 p.m. and be televised by ESPN2.

The network designation means at least five App State games are scheduled to be nationally televised this year.

The final home game of the 2020 regular season will be a matchup of reigning division champions who have met in the last two Sun Belt title games.

The Mountaineers originally were scheduled to open their league schedule against Louisiana on Oct. 7, but postponements on back-to-back weeks meant App State began its conference schedule Thursday night with a 45-17 victory against Arkansas State.