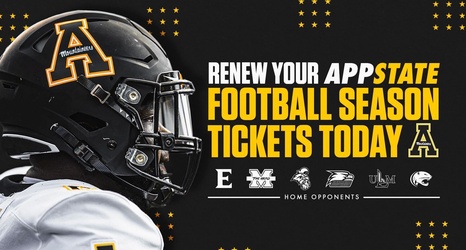 The Mountaineers enter the 2021 campaign with the nation’s longest active streak of bowl wins – six consecutive years – and with the fifth-best record among all FBS teams over the last six seasons (behind only Alabama, Clemson, Ohio State and Oklahoma). Among FBS teams in North Carolina, App State has had the most wins every year since 2015.

Beginning at 2 p.m. ET Tuesday, Yosef Club members in good standing can renew their season tickets online when they receive their activation email from Paciolan, App State’s new and improved ticketing platform. You will retain the same account number when you activate your account.