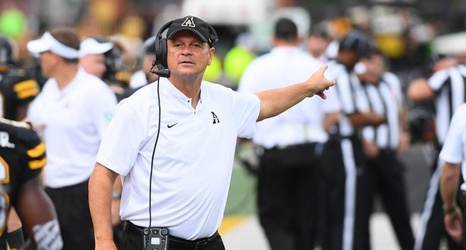 After App State’s historic 2019 season, the football team is looking to a new coaching staff to be even more dominant this year. It’s the third new staff the Mountaineers have had in three years after Scott Satterfield left for Louisville after 2018 and Eliah Drinkwitz left for Mizzou after last year.

Shawn Clark was named head coach in December 2019 after working as a co-offensive coordinator from 2016-18, and as an assistant head coach last season. Having played offensive guard for the Mountaineers from 1994-98, Clark returned to Boone after coaching stints at Louisville, Eastern Kentucky, Purdue and Kent State.