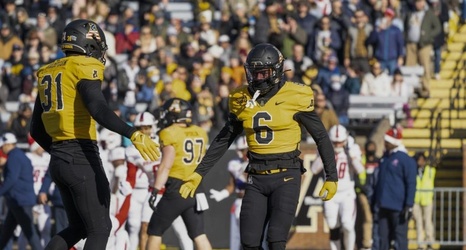 One cornerback wrote his name into the record books this season.

On Nov. 6 against Arkansas State, senior cornerback Steven Jones Jr. came away with three interceptions and two pick-sixes, which tied the App State record for both categories.

His performance earned Jones Jr. a Sun Belt Defensive Player of the Week award in addition to the Walter Camp and Bronco Nagurski awards, which are given to the national defensive player of the week.

“I just went out there, executed and did what I had to do,” Jones Jr. said.