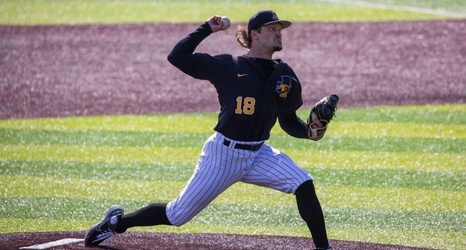 App State baseball returned to the diamond over the weekend, going 2-1 in its series against Sun Belt rival Little Rock Trojans.

The Mountaineers opened the series with a 14-inning battle to capture the first win 5-2. App State struck first in the third inning with freshman outfielder RJ Johnson blasting a solo shot over the right field wall. This was Johnson’s first career home run. After Little Rock tied it, super senior Andrew Greckel hit a solo bomb in the fourth to untie the game 2-1.

The Mountaineers maintained the lead into the bottom of the ninth until Little Rock tied the game, sending it to extra innings.