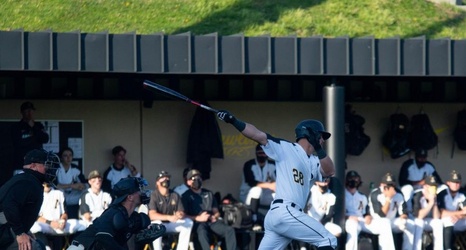 On March 30, App State baseball lost to Wake Forest on the road 15-7, and were poised for their second matchup of the season in Boone. Things didn’t go as planned as the Demon Deacons shut out the Mountaineers 12-0 April 13.

During the first 4.1 innings, App State’s defense was efficient, only giving up two runs on solo homers and keeping Wake’s offense at bay. Sophomore Trey Tujetsch started for the Mountaineers and threw six strikeouts during those first 4.1 innings before junior AJ Stinson took over.

“I thought (Tujetsch) did a fantastic job. I think resilience is a really good word to use.