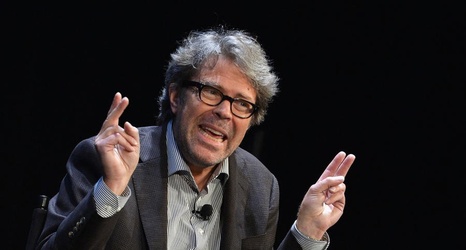 The Guardian slapped a headline on its website Friday morning that read, "Jonathan Franzen considered adopting Iraqi orphan to figure out young people."

Even though Franzen, the prize-winning and often polarizing author of novels like "The Corrections" and "Freedom," didn't exactly say as much, someone at the Guardian knew what he or she was doing. Social media ignited into a predictable fireball of anti-Franzen rage, and the story became the febrile must-read (or at least must-click) that every editor hopes for.

The article was actually a summary of a longer interview in which Franzen, whose new novel will be published soon, discussed a number of topics: the scourges of electronic media, his kinship with other writers, perceptions in some circles that he doesn't support writing by women.