The Athletic ranks Ducks’ pool of under-22 players No. 21 in the NHL 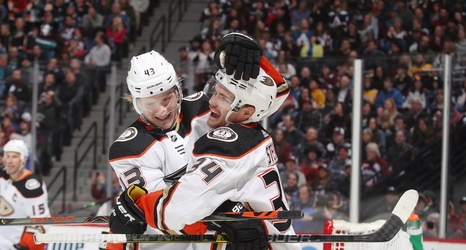 After being a force in the NHL since the turn of the century, the Anaheim Ducks are looking to re-tool their roster as the team transitions from the Ryan Getzlaf era.

General manager Bob Murray will have his work cut out for him this offseason as he attempts to rebuild the Ducks’ prospect pool. Anaheim has the No. 6 pick in the 2020 NHL Draft, so it should be able to add a foundation piece.

The Athletic’s Cory Pronman released his annual rankings of of each NHL clubs’ under-22 players, and has the Ducks at No.