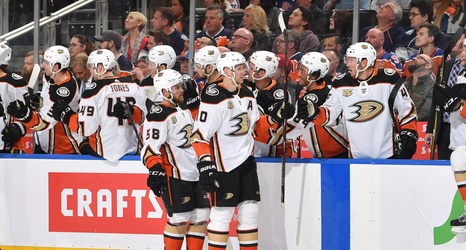 When Chase De Leo filed for arbitration in early July he inadvertently signaled a portent, setting in motion a chain of events that will eventually lead to finding himself with a new organisation likely before his new contract can be completed.

He has started a countdown.

Before you think I am being overly dramatic or unfairly picking on De Leo, let me first say that he was one of my favorite players to watch last season. I love his speed, hustle and tenacity on the fore-check. He deservedly earned a pay-raise, but I fear that the way he went about ensuring that has meant his days with the Ducks organization are numbered.