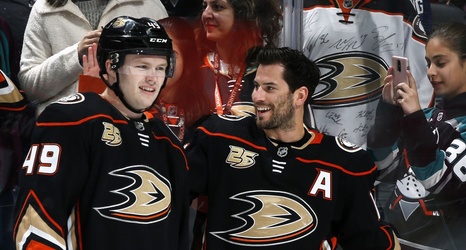 After a long wait, the 2019 NHL preseason kicked off last Sunday, and the Anaheim Ducks stepped on the ice for their first game back against San Jose on Tuesday night. Facing off against the Sharks always seems like a monumental task for the Anaheim Ducks these days, and they were already 0-0-1 against the Sharks for this new season after a tough overtime loss during the Rookie Faceoff. Even worse was that the Sharks were playing a lot of their regulars, while the Ducks only really had five players that had seen significant time with the team. Still, anything is possible in the preseason, and the Ducks ended up showing that after a rough start.