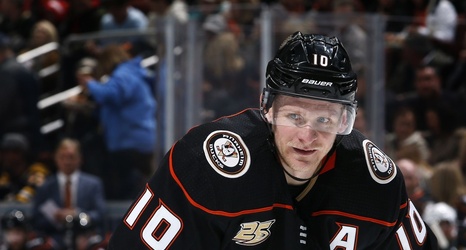 For the past few weeks, rumors that Corey Perry could be either bought out or traded by the Anaheim Ducks have been flying through the rumor mill. Then, at 9:15 am, we were given the somber news that CP10’s contract had been bought out. While we knew it was coming, the news that he will no longer be a Duck stings just as much.

Buying out Perry’s contract will allow the Ducks to get out from under his $8.625M contract and open up more cap space as well as roster space for other players to thrive.