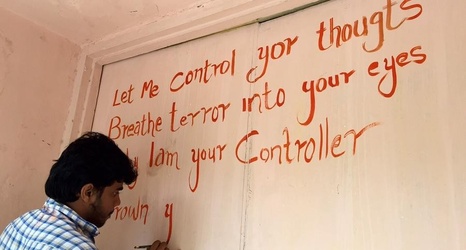 As battlegrounds go, the leafy campus of India’s premier film school must count among the more graceful, with its rows of tidy bungalows gently shaded by neem and tamarind trees.

Yet there is no mistaking the ferment at the Film and Television Institute of India. Hand-painted slogans snake across building walls, quoting Albert Camus and Martin Luther King. Outside the cafeteria, students in sweat pants and unkempt beards smoke hand-rolled cigarettes, talking of fascism and free speech.

For nearly three months, the roughly 400 students here have been on strike, protesting the Indian government’s appointments of loyalists with dubious credentials -- including an actor who appeared in B-grade adult movies and a maker of right-wing propaganda films -- to the state-funded school’s governing body.