Stanley Cup Final, Game 1: Lines, gamethread and how to watch 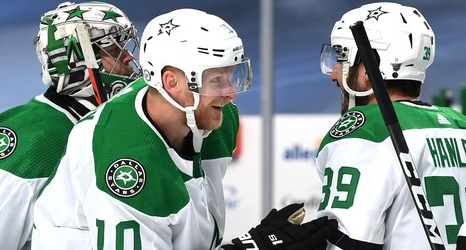 We’re in the endgame of the 2020 NHL postseason and within the next week and a half or so, there will be a new crowned champion of the National Hockey League and we can finally stop pretending that St. Louis is good at anything, let alone the sport of hockey.

In this year’s final are the scrappy Dallas Stars, who are just one season out from their top players being labeled “f*cking horsesh*t” by the team’s CEO Jim Lites. Adding strange bedfellows in former Anaheim Ducks winger Corey Perry and San Jose Sharks center Joe Pavelski added depth to the Stars’ lineup, but the stunning play of goaltender Anton Khudobin has solidified them as a contender who isn’t backing down any time soon.