St. Louis Blues vs. Anaheim Ducks game has been postponed 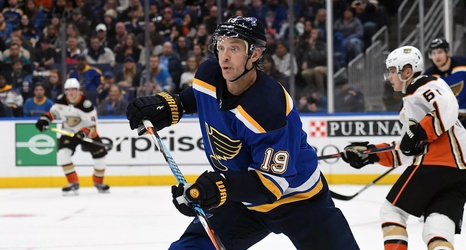 Late in the first period, Blues defenseman Jay Bouwmeester reportedly collapsed on the bench just after finishing a routine shift on the ice. Blues players immediately signaled for the Ducks medical staff who sprung into action and summoned the emergency paramedics on standby to attend to him.

Both teams returned to their locker rooms once Bouwmeester was carried back down the tunnel and a brief delay ensued before official word came down that the teams had decided to postpone the game.