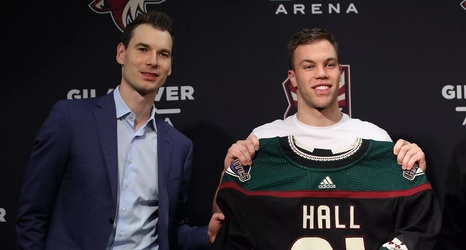 If you’re going to break the rules, at least try and hide it.

The NHL has laid down its punishment to the Arizona Coyotes for violating the league’s combine testing policy.

Arizona gives up its 2020 second-round draft pick, and 2021 first-round selection as part of the ruling. The Canadian Hockey League accused the Coyotes of holding illegal pre-draft testing with more than 20 prospects, saying Arizona put several junior players through physical testing, which is strictly prohibited by the NHL.

Commissioner Gary Bettman decided on the punishment after an Aug. 6 where both NHL and Coyotes officials had the opportunity to testify.