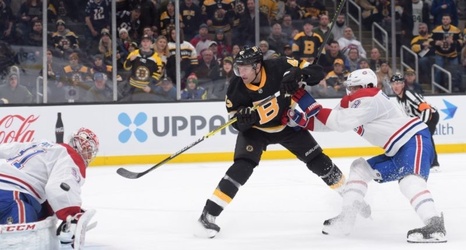 Jimmy Murphy of Boston Hockey NOW: A David Backes deal comes down to who will take on his $6 million cap hit. Two teams present at the forefront are the Anaheim Ducks and Columbus Blue Jackets. A trade for Ondrej Kase or Josh Anderson would be enticing and again not cost Boston that first-round pick.

Backes becomes the sweetener for that one year. This keeps the market desirable for the forward. David Backes contributing is still possible for another year at least.

Joe MacDonald via Twitter.com: Backes asking for trade has not happened but he would play elsewhere.