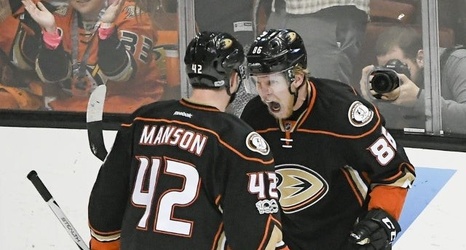 Ben Pope of the Chicago Sun-Times: The 28-year old Erik Gustafsson isn’t sure if he’ll be with the Chicago Blackhawks after the February 24th NHL trade deadline.

“What happens, happens,” Gustafsson said Tuesday. “If I get traded or stay here, it’s something I have to deal with. But I want to stay here and help this team win.”

Gustafsson has moved down the depth chart. He has a nice $1.2 million cap hit but could get $3 to $4 million on his next deal. The Blackhawks don’t have a lot of available cap space for next season.