NHL News and Notes: Buffalo Sabres and the Anaheim Ducks 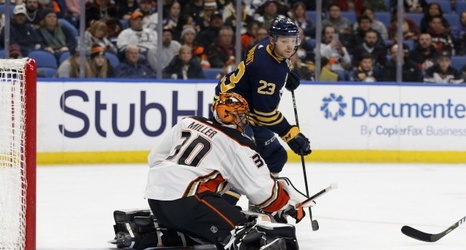 Lance Lysowski of the Buffalo News: The Buffalo Sabres now won’t have rush Dylan Cozens or Casey Mittelstadt into a bigger role than they are ready for yet after they acquired Eric Staal.

They have over $34 million in projected cap space but TSN reports they may have an internal budget in the low $70 million.

Sources saying the Sabres would like to upgrade in net. They may need to retain some salary to move out Carter Hutton and his $2.75 million. The Sabres have shown some interest in Matt Murray or could look at free agents in Braden Holtby, Thomas Greiss or Craig Anderson.