Meanwhile On The Farm, S2 Ep5: Woah, we’re over halfway there 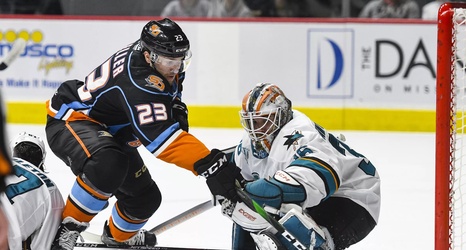 Welcome back to another addition of Meanwhile On The Farm. When we last left the Gulls they were in the midst of a frustrating span of games in which they surrendered valuable points in games that they likely should have won.

Recaps for the last lot of games are as follows:

- A game the Gulls had mostly in control despite being out-gunned, but gave it away in the third.

- A much more stacked Gulls line-up failed to show up until the second period and by then it was too late.

- The most unfair game of the season.