Max Jones out 4 to 6 months with torn pectoral muscle 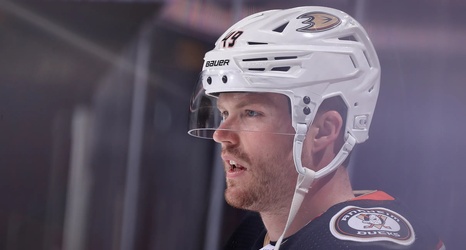 Anaheim Ducks forward Max Jones has suffered a torn pectoral muscle and will have surgery to repair it next Wednesday. He will be out for four to six months, which means at the earliest he’ll return in February, but he could be out for the remainder of the season if things in his recovery don’t progress as quickly as hoped.

“It’s a tough blow for Max as he made strides last season and was heading in the right direction this year as well. We hope to have him back this year and at full strength,” said Ducks General Manager Bob Murray.