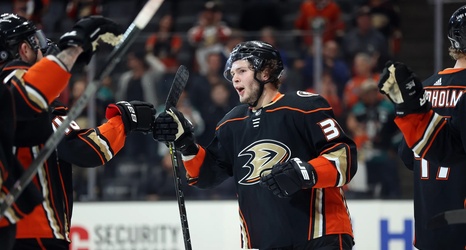 There’s trouble in Orange County, as rookie forward Mason McTavish left last night’s game against the Calgary Flames early with an apparent leg injury. The team called it a “lower-body injury,” and McTavish was seen wobbling out of the arena later that night.

He was hurt around the middle frame of the second period, while taking a hit in his own zone. He left shortly after that and never returned to the bench.

This is rough news for the Anaheim Ducks and McTavish himself. The young forward has gained tons of trust from head coach Dallas Eakins during his short stint in the NHL, getting minutes on the penalty kill and top-nine.