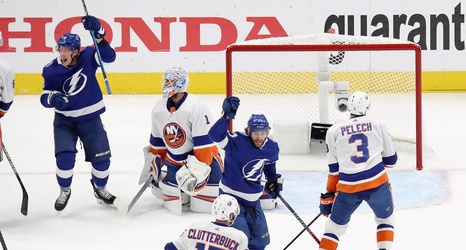 If the opening game of the Eastern Conference Final was any indication of how the series will go, this one could be over quickly.

Brayden Point had two goals and three assists, while Nikita Kucherov finished with a goal and four assists to lead the Tampa Bay Lightning to a 8-2 blowout win over the New York Islanders.

The Bolts overwhelmed the Islanders from the opening face-off, taking a 3-1 lead after the opening 20 minutes. New York’s starting goalie Thomas Greiss was pulled from the net after the third Lightning goal.