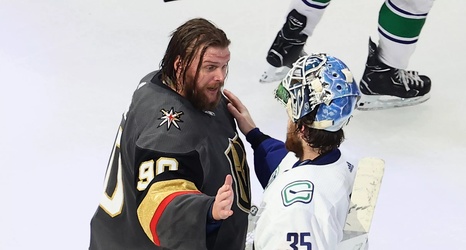 The NHL playoffs are down to the final four teams. The Western Conference Final features the Las Vegas Golden Knights and Dallas Stars.

Vegas beat the Vancouver Canucks 3-0 in Game 7 of the Western Conference semi-final. Defenseman Shea Theodore scored the winner with 6:08 remaining in the third period before Alex Tuch and Paul Stasny added empty-netters to close out the Canucks. Goaltender Robin Lehner had a relatively easy game against Vancouver, making 14 saves for the shutout. Although Lehner wasn’t tested often, he made a game-saving stop on Canucks’ forward Brock Boeser to keep it scoreless.