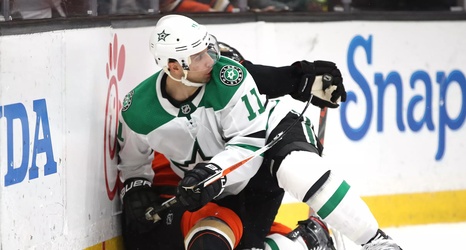 It was an emotional night in Anaheim as former Ducks Corey Perry and Andrew Cogliano made their first appearances at Honda Center since they Southern California and headed to Dallas, Texas.

Despite Perry currently serving a five-game suspension for an elbow on Ryan Ellis at the Winter Classic, he was in the building and insisted that the Ducks run his tribute instead of waiting until the next time Dallas comes to Anaheim, which is April 1st.

At the first TV timeout of the game, the Ducks ran this video as a tribute to one of their all-time greats; a man who will very likely see his number 10 eventually hang from the rafters of Honda Center.