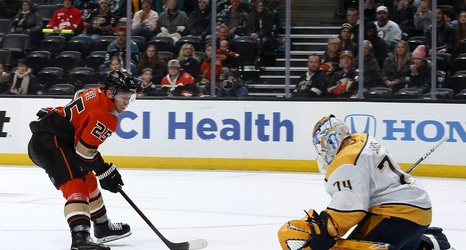 It’s safe to say that very people expected the Nashville Predators to be this bad halfway through the season. Given their positioning near the bottom of the Central Division playing against an even worse Anaheim Ducks team, last night’s game wasn’t exactly a surprise.

The Predators have had the Ducks’ number the last few years, with contrasting play styles contributing to Nashville’s success. It’s a new season and a new Ducks team, however. Anaheim may not be good, but it’s not because they’re the slow, lumbering bruisers that defined their identity over the last decade.